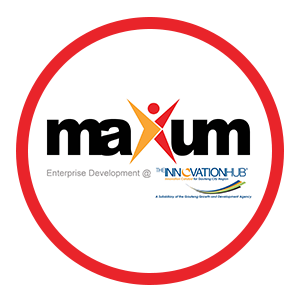 Have an innovative
business idea?

Innovatively working together
to connect all of us 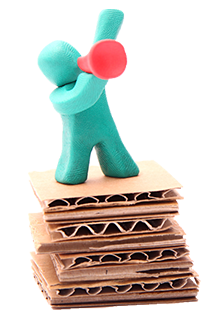 In the face of the global climate change and local economic crises, it is a transition to a green economy which has the potential to drive sustainable economic growth in South Africa. The notion of a green economy was first coined in 1989 but publicised 20 years later by the United Nations Environment Programme (UNEP) in its global response paper to the 2008 economic crisis, titled: ‘Rethinking Economic Recovery: A Global Green New Deal’, as a proposed economic paradigm. The green economy is considered an approach to achieving sustainable development which advocates for meeting present global population needs without compromising those of future generations. Characterised by an economy that is low-carbon, resource efficient and socially equitable, at its core, the green economy aims to improve human well-being, whilst drastically reducing environmental risks and ecological scarcities (UNEP, 2011).

Shedding light into the Green Economy

The Green Economy tends to be poorly understood outside a small circle of practitioners and proponents and therefore worth demystifying. One of those misconceptions is that it is a distinct economic sector, as opposed to a broader philosophy for economic growth that is pervasive across economic sectors. Another tends to reduce the concept to mere planting of trees and cleaning of the surrounding environment. Whilst these activities serve some ecological benefit, the green economy is broader and advocates for the decoupling of economic growth from environmental degradation and resource use. These principles apply to businesses, small and large alike, the goal for industries is to create more with the same input via efficient production systems, resulting in reduced waste generation and pollution. These responsible business practices tend to contribute positively to a company’s bottom line.

South Africa does not a have a National Green Economy Strategy, although there are plans to develop one according to the National Strategy on Sustainable Development and Action Plan (2011-2014). That said, there is no shortage of enabling and supportive policies that advance this new economic developmental pathway. In the past decade alone, all spheres of government (national, provincial and local) have developed policies, strategies and pricing reforms that enable the green economy transition. For instance, the National Climate Change Response White Paper (2011) was specifically developed to address climate change challenges. On the energy front, most of these interventions are aimed at driving energy efficiency and a transition to a low-carbon energy mix for the country. For instance, the recently adopted Integrated Resource Plan (IRP) spells out the details on the share of renewables in national electricity mix up to 2030. The execution of this plan is enabled by the Renewable Energy Independent Power Producers Procurement Programmes (REIPPPP), an internationally acclaimed initiative for contributing to both national climate change imperatives and a diversified energy supply. Yet other policies enable greening of existing industries and support development of new industries with green products, the Industrial Policy Action Plan (IPAP) and the recently promulgated tax regime, the Carbon Tax Act 2019, are two such examples. The waste sector’s green economy initiatives are informed and enabled by the Waste Act of 2008. To address issues of innovation that will anchor the transition, there is a 10 Year Innovation Plan for the country.

Bringing it closer to home

At a sub-national level, provinces have recognised that the green economy trajectory can boost employment, stimulate sustainable economic growth through improved process efficiencies, emerging and innovative technologies and create new business models that advance a low-carbon economy, efficient use of resources and promote social equity in the localities and have therefore gone on to develop their specific strategies. For the Gauteng Provincial Government (GPG), their plan is coined the Gauteng: Green Strategic Programme (GSP). Two of the focus areas within the GSP are developing a mechanism to support innovation and entrepreneurship, this was birthed out of the fact that new solutions and business models yet unimagined have the power to create jobs whilst addressing some of South Africa’s and Africa’s unique challenges. The Green Economy Unit at The Innovation Hub gives effect to the dual mandate of promoting innovation and entrepreneurship, specifically, amongst the Small, Micro and Medium Enterprises (SMMEs) in the green economy space.

The Green Economy Unit fosters innovation and entrepreneurship for GPG via its business incubation programme, the Climate Innovation Centre South Africa (CICSA) established in collaboration with the World Bank Group Programme, infoDev, some five years ago. It is one of seven CICs located in developing countries with the mandate to develop clean technology which addresses local climate change challenges CICSA has chosen to focus on the key areas of energy, water and sanitation, and waste management due to the potential for these sectors to create jobs and to grow the economy. CICSA provides business incubation for enterprises that align to these sectors through access to the following broad suite of services: advisory and skills development, infrastructure, markets and funding opportunities (largely from partners).

The incubation term is four years on average and comprises two phases, the pre-commercialisation phase known as the Factory, with the aim to take a minimum viable product to market. Once in the market, these companies are promoted to the second phase known as to the Core which involves several years of scaling up. CICSA has achieved some notable success in the past 5 years, including exporting in excess of R100 million worth of products and services, disbursing R16 million from the national Green Fund as grants to a number of start-ups, who were able to attract and leverage an additional R65 million.

Initiatives such as CICSA and similar programmes within TIHMC are well poised to make a significant contribution, however there are barriers that hinder progress. Chief amongst them is access to the public sector market due to grossly prohibitive legislation and regulatory frameworks that limit the public sector’s ability to procure innovation. For instance, it is extremely difficult to build tender requirements for solutions you can’t imagine, and so many great ideas are overlooked and never adopted.

To help in overcoming this, the Green Economy Unit also plays an advisory role and technical support to municipalities, assisting in some instances by scoping the terms of reference for projects within its focus sectors. CICSA has sat on a number of steering committees to assist in the development of business cases for big infrastructure projects, as an example. In this way, the hope is that the green economy companies can access municipal markets.

A vision for the future

The vision is for a handful of CICSA graduates to ultimately list their companies on the Johannesburg Stock Exchange and to make a significant dent in solving Africa’s most pressing problems and contribute to sustainable development. It will be fulfilling to also have talented youth at the helm of big businesses which are solving our local and global challenges. To reach this future, we need to be able to provide small businesses with access to world class technical infrastructure. It is my hope that TIHMC builds state of the art strategic infrastructure that enables start-ups to design, develop, prototype and begin to manufacture components for these technologies. It won’t happen overnight, but through strategic partnerships and local investment, we could help give flight to the many great ideas brewing at The Innovation Hub.

The green economy can pave a way to a thriving South African society by unlocking economic value, fighting climate change, and improving human wellbeing. It is a win-win-win.